We believe that there is no need to wait for the judgement of history. We know that Fidel Castro and his communist single-party system were responsible for the massacre of several tens of thousands of people since he came to power in 1959. His regime incarcerated thousands of Christians, civil activists and LGBT people besides the members of the political opposition in prisons and work camps, and the regime violated the basic civil liberties, such as the rights to freedom of speech and opinion, as well as the freedom of assembly. The human rights situation in Cuba is very dire up to this day: according to information from the opposition, this year alone six thousand people were arrested for political reasons. We firmly believe that not even the death of Castro is a good enough reason to keep silent and relativise the crimes of the Cuban communist regime. Doing so undermines the historical significance of the Central and Eastern European region and denigrates the sacrifices of the many millions of victims to the communist regime.

Our concern is heightened by the fact that the statements from the EU leadership following the death of Fidel Castro come at a time when it would be the absolute duty of the European Commission to stand up to those member states (Hungary, Poland) that at this very moment are questioning the basic values of liberal democracies and are putting efforts into dismantling the system of checks and balances. The President of the European Commission bares a political responsibility to protect our common European values and human rights, thus cannot allow himself such declarations. There is a real risk for the European Union to lose credibility if it doesn’t stand up incontestably against existing or developing dictatorships, whereas it stands for human rights and democratic values on the global stage. The Hungarian Europe Society therefore endorses the statement made by the European Commissioner of Trade Cecilia Malmström, who declared: “Fidel Castro was a dictator who oppressed his people for 50 years”, and remarked that she found it strange to hear all the tributes.

We express our hope that Cuba, following a peaceful and successful transition will soon join the community of democratic States. 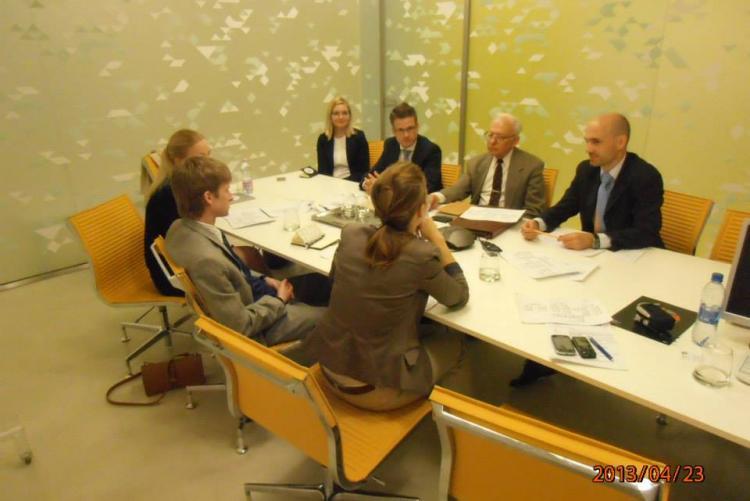 István Hegedűs was an invited speaker together with Timea Kodo and András Volom at the...